Top 7 Benefits of Establishing DevOps Within Your Organisation

Any organisation adopting a DevOps approach is, by definition, also embracing a new way of working. One of the core aspects of DevOps, is the breaking down of traditional silos to create an environment in which developers work closely with operational colleagues and other key stakeholders involved in software delivery. This in itself requires significant changes to reporting and communications structures.

Any change within an organisation requires an investment of time, expertise and money. Therefore, it is natural that leaders should assess the potential of DevOps in terms of what it will deliver: Managers should ask the question: “What is to be gained by changing our current way of doing things?”

A report carried out by automation software vendor Puppet illustrates that DevOps delivers a broad range of measurable benefits. In a wide-ranging survey, Puppet polled 4,600 technology professionals, asking them about their DevOps experience. The results were emphatic. By adopting DevOps, the organisations taking part in the poll were able to deploy software more rapidly and effectively while lowering the associated risks.

The benefits amounted to something much more than a series of marginal gains and had the potential to make a significant difference to corporate performance.

One of the key benefits of the DevOps approach is undoubtedly the ability to develop new systems more rapidly and to do so on a rolling basis – with input from developers, operational teams and other key stakeholders.

Using traditional methods, software is upgraded through an infrequent series of significant iterations. For example, a company might target an upgrade every twelve months to keep pace with customer expectations and the improvements introduced by competitors. The danger is that competitors have innovated much quicker, meaning that when the new service comes online it is already obsolete.

DevOps and Agile approaches enable companies to innovate on an ongoing basis rather than through iterations. The result is continual deployment. Puppet found that high performing IT organisations deployed 200 times more frequently using DevOps when compared to low performers. Lead times were also a startling 2,555 times faster.

In the digital age, IT failure is a constant danger. When systems go down, the result can be a reputational hit if the customer-facing side of the business is affected. Internally, IT problems are a drag on the bottom line.

The Puppet survey shows that DevOps reduces failure rates while recovery times are 24 times faster.This is because DevOps encourages a continuous stream of small changes to be implemented which can easily be identified and rectified should an incident occur. Traditional methodologies which release hundreds of changes in one large deployment are inherently much more prone to failure.

The adoption of DevOps creates an environment where continual delivery is the expected norm. This in turn creates optimal conditions for a relentless focus on innovation, feeding through to enhanced value creation via Digital Transformation.

DevOps encourages a lean and flexible approach to Digital Transformation. Major initiatives can be made more manageable by splitting the work into small packages or projects. DevOps practices result in improved data gathering and the ability to respond rapidly to customer and/or stakeholder feedback. Therefore deployments can be rolled out more quickly with a greater impact.

Digital Transformation comes with risks attached. Upgrading or replacing existing systems exposes companies to potential problems such as security weaknesses or flawed processes that didn’t exist prior to the changes.

The good news is that DevOps reduces such risks by incorporating security considerations into the software delivery lifecycle. This results in less remedial work and therefore less time spent addressing security issues.

6. DevOps for All Seasons

Every organisation’s requirements are different. Some will use legacy systems and software as the basis for Digital Transformation. Others will start afresh, deploying greenfield applications to drive change. A third group might deploy so-called brownfield apps. The advantage of DevOps is that high performance can be still achieved, regardless of the origins of the underlying software.

Human capital matters in any organisation, both in terms of retaining existing staff and attracting new people. Much depends on how teams feel about the work they do and the contribution they make. In encouraging innovation and collaboration, DevOps promotes team satisfaction. The Puppet survey found that employees in high performing teams were significantly more likely to recommend their organisations to friends.

At the same time, DevOps enables managers to take a hands-on role in managing their teams – for instance, by promoting diversity and taking steps to reduce burnout. 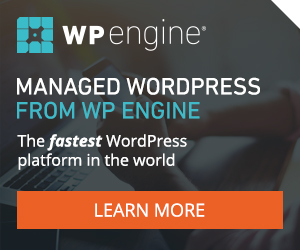